Everybody at the State Department Had a Great Time Saying Goodbye to Condi! 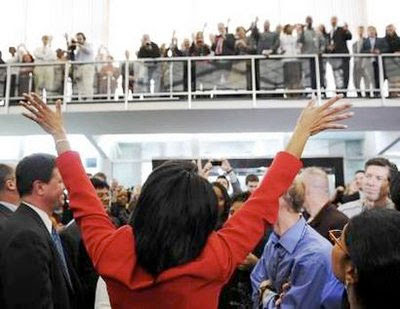 This is it! Condi's last day! And so she walked around the lobby for a little bit and everybody came out of their offices to clap and wave goodbye! Yay! And, of course, there were cuddles 'n' hugs, Condi's favorites: 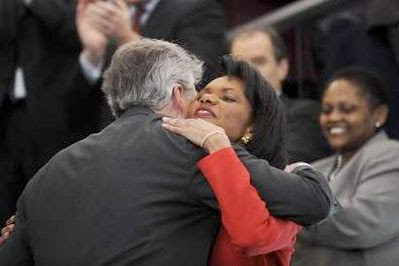 (Reuters)
A dramatic aerial view shows one of the many reasons why it's so great that she wore red on her last day: 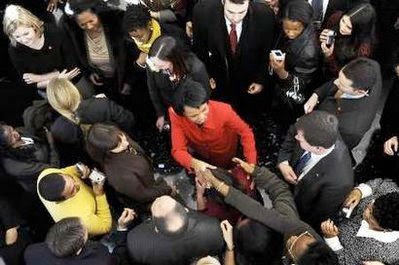 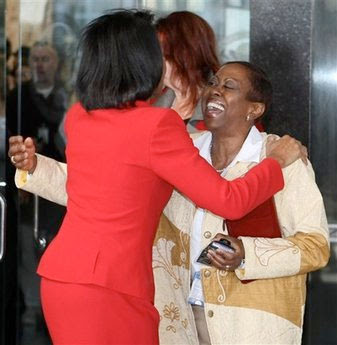 (AP)
And then, to top it all off, as her last final work-related photo-op, she did a "sign the documents" thing with her lesbian lover Tzipi Livni: 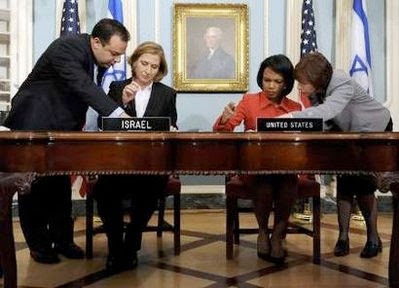 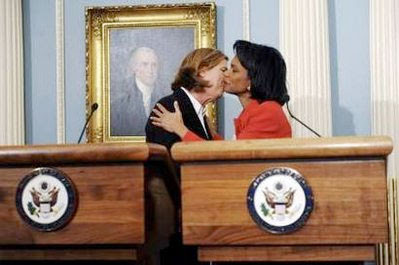 In the first pic- is she saying goodbye to friends and staff members or auditioning for a DC community theater production of Xanadu?

Goodbye... it's so much nicer than hello.

Get your barf bags after eight years of utter Condi stupidity:

How very kind of Tzipi to come over and share a little nookie with Condi. It's not like she's otherwise engaged in blowing folks up, or anything.

Didn't Condi complain about how few people of color there were at State? There are plenty in the pictures.

That first photo is so Condita-High-Flying-Adored.

And the last photo reminds me of a comment I made here so long ago... "you had me at shalom."

Do I see some tongue in that shot?

Don't cry for me, America!

In pix #2, Condi appears to be wearing a plastic glove on her left hand ...