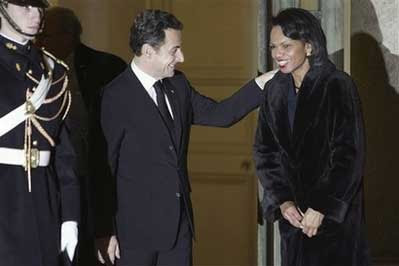 Condi looked richrichrich when she left her little tête - à - tête this afternoon. And again it's the French guy with the touching! I'm all, like, Condi 'n' Kozy sitting in a tree! I think he just wants to touch the fur. Don't we all? 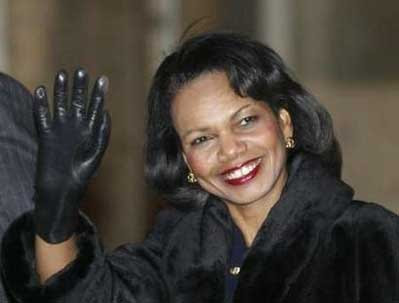 Whoops! OMG, do you know what time it is? It's time for Black Leather Condi Glove Turkeys! Yay! 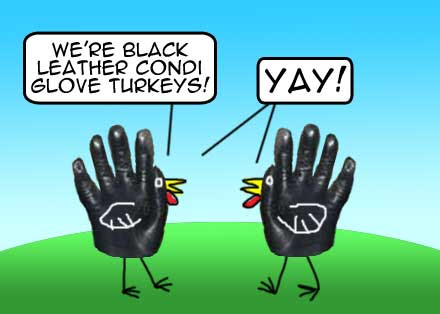 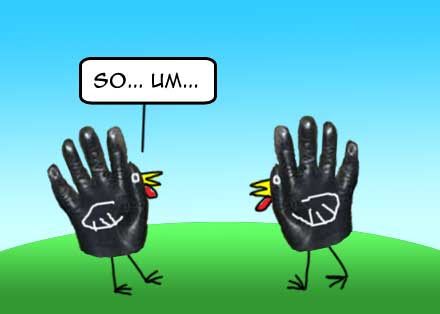 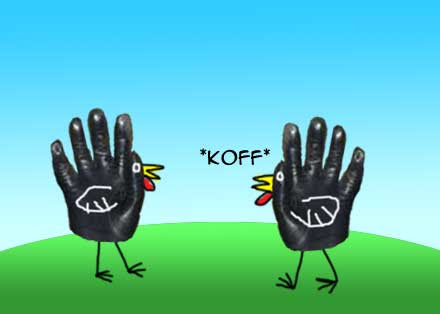 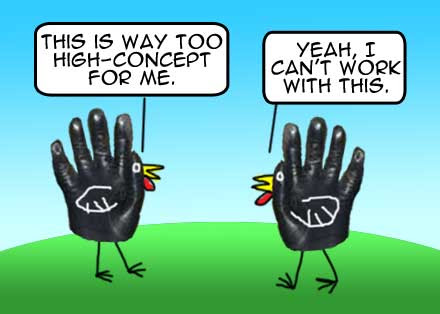 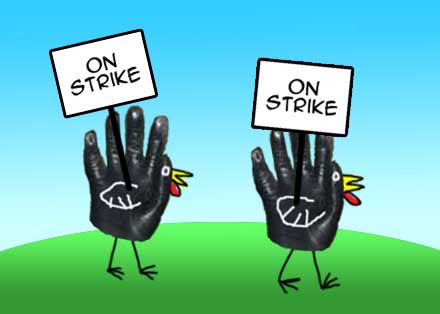 That large discoloration on the index finger is just a trick of the light, right?

I really don't want to think about any other possibility, but my brain has a mind of its own.

Condi's wardrobe often reminds me of Queen Elizabeth's fashion advice (as told to Dame Edna): "Never wear anything that will arouse envy in your subjects!"

That is not a Condi coat. That is an Ursula coat.

And I want it.

Oh, hooray... the hand turkeys just in time for the holidays.

Nice plug for the WGA, princess.

could that mysterious dollop be a bit of santorum?

Kozy looks like he's encouraging a shy Condi to step into the limelight with him: "Come on, come on little Lecondel. They all want to see your coat!"

And whoever did her makeup for this nighttime photo shoot should be sacked. She looks beaten up in the turkey hand photo.

Zarkozy must be nuts. Since when do the French kiss American ass?
He's a clown. No wonder his wife dumped him.