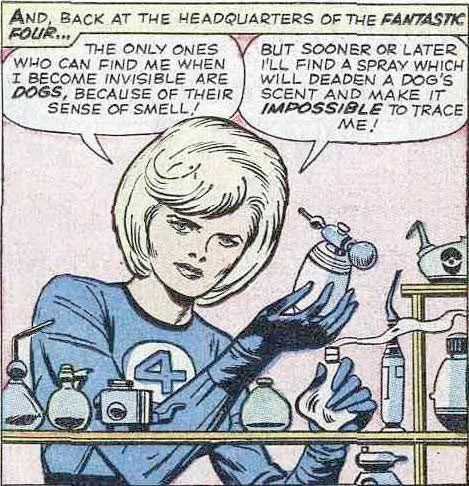 (From Fantastic Four #16, July 1963)
Pony Pal™ Matt has done something amazing! He has discovered the origin of Callista's mighty hair helmet in an unexpected place, the early renderings of Sue Storm, the Invisible Girl from the Fantastic Four! As you can see above, the coiffure is reversed, but otherwise the resemblance is so exact as to be downright stunning. So good. All four sparkly hooves AND a combable tail way, way up! Wow!

In Iowa, the "real" Callista has been making the rounds with that lumpy pale thing she married.  Here they are on Tuesday: 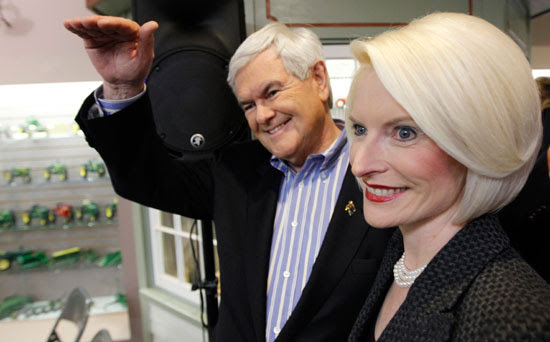 I know you all live for these close-ups: 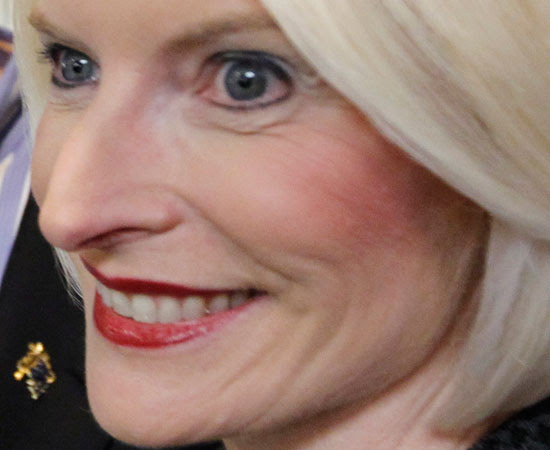 I'm telling you, she really brings out the mean side of wire photographers, more so than even Michele Bachmann. But anyway, the National Farm Toy Museum? Something tells me Cally is looking forward to this campaign being OVER if it means hanging out in places like that.

Speaking of museums and Newt Gingrich, do you want to hear a funny Newt Gingrich museum story with the details only slightly obscured? Once upon a time there was a spectacular, once-in-a-lifetime exhibition at a major museum which had to temporarily close because of Newt's famous 1995 government shutdown. During the shutdown, Newt thought, "Hey, I'd love to see that exhibition since all the pesky general public is locked out!" So he called the curator and actually had the nerve to request a private tour. The curator, for whom this exhibition was the culmination of decades of study and literally years of begging for loans, and was less than thrilled (practically suicidal, in fact) about it being shut down, responded something like this: "Are you kidding me? Fuck off." Paraphrased, but true story, and you heard it here first!

Back to Iowa, 2011. I'm guessing that Newt makes allowances to his much better half, you know, one stop for you, one stop for me? So after the farm toy place, it was Callista's turn to choose a stop yesterday, and she naturally picked a nail salon. The result is this fabulously creepy photo-op: 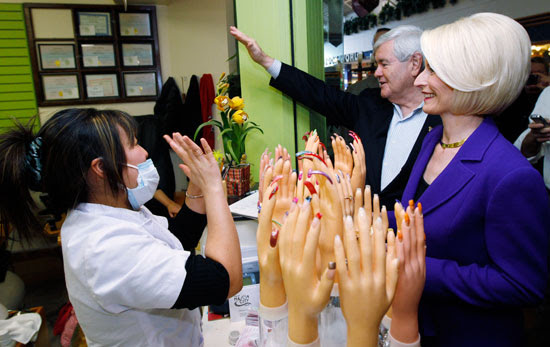 Email ThisBlogThis!Share to TwitterShare to FacebookShare to Pinterest
Labels: Callista

Glad to be of service, Peteykins. In that frame, Sue Storm's eyes even look asymmetric. But she always has a cute little button nose from 1961 until today, so the resemblance ends there.

The nail salon picture is the true highlight. Nice to know that they are staffed by probably illegal or at least indentured Asian immigrants even in Iowa! I thought that was just a West Coast thing.

My mind is still totally blown by that Fantastic Four pic!

Matty -- indentured Asian manicurists are all over the Boston area, too.

I should have realized it was a national thing.

And then there's that great "Seinfeld" episode, in which Elaine brings Mr. Costanza to her nail salon because she thinks the staffers are insulting her in Korean and she needs an interpreter...

All those disembodied hands. I thought for a moment we were in Saudi Arabia.

If only Callista would turn invisible, too. Wait, what am I saying?

True story, Peteykins and Pony-pals, it was actress Tippi Hedren who is responsible for the US nail-care industry to be dominated by Vietnamese immigrants:

In 1975 Tippi brought her manicurist to a refugee camp in Sacramento and trained women to do nails! She set them up with beauty colleges and helped finance some of the first salons. The successful ones started their own beauty colleges and the rest is US history!

Tippi is another kind-of Callista hairdo inspiration, so it all comes full-circle!

One masterpiece after another.

We are blessed, PSP.

I'm enjoying the creepy profile with the hands, in part because I can watch Callista's hairdo rising toward the rafters, above all these beseeching paws.

Oceans and oceans of Callista wonderfulness.

I'm bummed that Newt is sucking so hard in the poll numbers now. Not only for what a great candidate he'd be for Barack to run against, but because I shall miss the Pony posts!

Is that a bump-it? Or her skull?

The once-powerful Newt could have screwed any number of GOP sluts, yet he picks the most asexual woman ever.

After looking at the profile of her hair, I've come to a couple of conclusions. Either she wasn't born here (as from another planet), or she is wearing a motorcycle helmut covered with hair.

By the way, if she was born in another galaxy can she still be First Lady? They don't have to be natural born citizens do they?

This is such a Fantastic post for so many reasons!!!

Those hands -- and that hair -- are truly frightening.

Do you think she allowed the ladies in the salon to do a "fill" or a new nail color?

Have Kondi and Kallista ever been out on a date?

There's a progression of entrepreneurialship though as Koreans move into dry cleaning, now most nail places are Vietnamese.

And at least in LA, most donut shops are Cambodian.

The entire time before I read the caption and post, I marvelled (heh) at Sue Storm, thinking Peteykins did another bang-up, inspired photoshopping job. "Sue Storm! What a riot! Wait . . . what??!?!"

I still can hardly believe it. It's mentally filed with my own "Amazingly not photoshopped" tag.