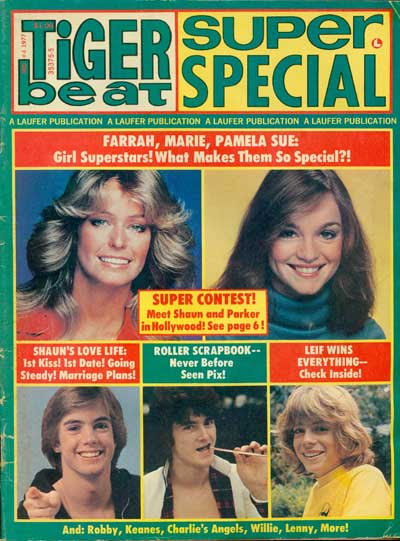 OK, here we go. This is an interesting contrast to the last magazine I scanned beyond that it's ten years later. Esquire's GQ Scene was a highly literate magazine aimed at teen boys, while this publication for teen girls is almost aggressively dumb. Note, also, that by this time, the formula for teensploitation had been honed to an exact science. Note, too, that the business model for this magazine is completely different: Laufer Publications relied entirely on newsstand sales and tie-in publications, and the only ads are for their own products. They used the cheapest possible production techniques and the lowest quality paper (look how yellow it is now!) and really ground this stuff out.

Tiger Beat (still around! And still exactly the same!) and 16 Magazine were the kings of the teen idol scene, and they enjoyed the enthusiastic cooperation of the television and movie studios whose stars they so slavishly promoted. The stars themselves had no choice but to cooperate, and earned nothing but adulation in return. David Cassidy's C'mon Get Happy and Barry Williams' Growing Up Brady both contain vivid reminiscences about dealing with these aggressive remora-like publications, where honesty was discouraged and the writers routinely concocted fictions and fabricated quotes.

This issue starts right off with The King: Shaun Cassidy, the most popular teen idol until Michael Jackson. He was bigger than his half-brother, David, who in turn was bigger than his immediate predecessor,  Bobby Sherman. This is right at the beginning of Shaun's reign. Here's full-frontal Shaun face and a riveting account of his first crush: 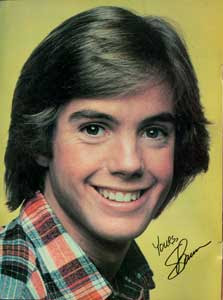 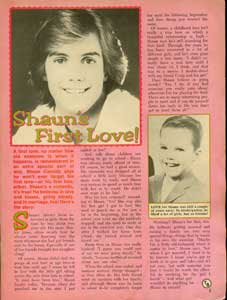 Equal time for the other Hardy Brother, Parker Stevenson and the table of contents/masthead: 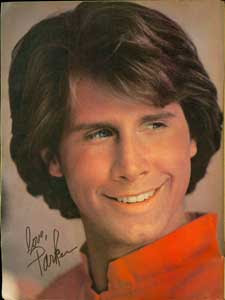 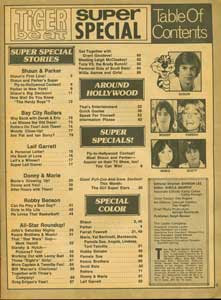 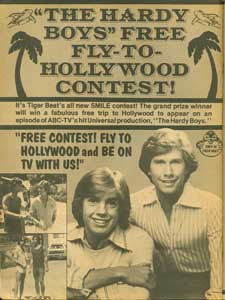 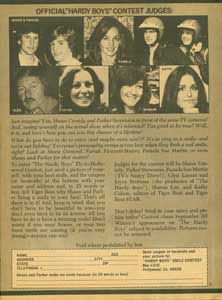 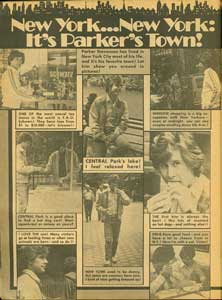 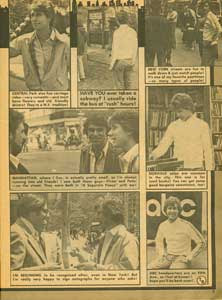 In-house ad for a book about Shaun, probably composed of articles from past issues of Tiger Beat, followed by a page about Shaun's most difficult choice: should I be a rock star? Television star? It's OK, Shaun, you can be both: 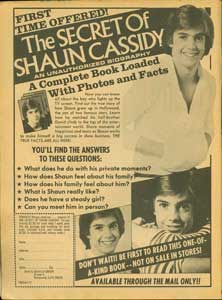 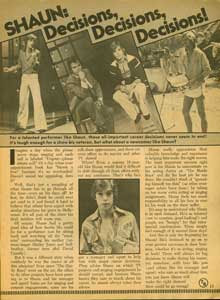 Leif Garrett time! Yay! First we have another in-house ad for a quickie book, and a special note from Leif especially for you: 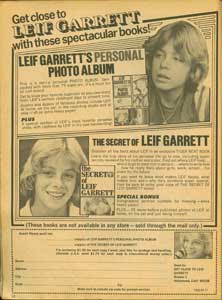 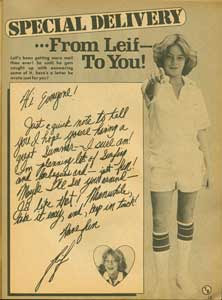 Do you want to hear an amusing Leif Garrett story? OK! I was home in Tucson on vacation from college in 1984, and while I was there, I worked as an extra in a movie called Thunder Alley, a terrible "Spinal Tap but not trying to be funny" rock drama starring Leif! At the same time, my friend Cheryl was planning her annual birthday house party, always a memorable affair, and I believe somebody gave an invite to Leif almost as a joke. Well, imagine our surprise at the party when there was a knock at the door and in walked Leif! Here's Cheryl's description, left as a comment in the previous post:

Yes, Leif Garrett came to my birthday party. I think it was 1984, and he was in town filming "Thunder Alley" (I had to look that up). This was the third birthday party of the 80's (my 20's). They usually had some kind of a loose theme. That year we were really into African music, so we had these quasi-African print textiles hanging on the walls, and we called it "ethnic." I only mention that because it is so cringe-worthy, and I want to get it off my conscious lo these many years later. Anyway, the textiles, the music — that was the extent of the theme.

It was at my house, and I had gone back to my bedroom for a "rest" after what was probably a lively mixture of substances, and when I returned, there was Leif Garret in my living room.

The next year's party theme was something about hard times and low-budget, so we held it at a bar. I remember putting on the invitations that there would be no frills, and no Leif Garrett.


My memories of the party are that Leif was really nice and everybody loved him, and that he brought big joints of really good pot. True story! Here's more Garrettmania: 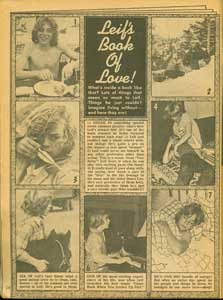 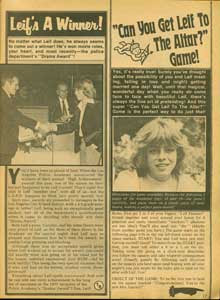 This is really fun and exciting, a board game where the objective is to become Mrs. Leif Garrett! I put these two pages together so that you can play with your friends by sticking gum on your screen: 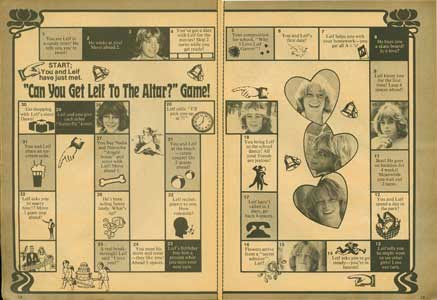 "Leif hasn't called in 3 days, go back 4 spaces." SOB. OK, so here's the section about GIRL STARS and why they are just so superfantastic: 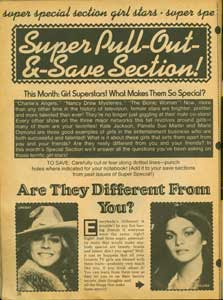 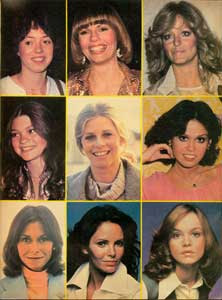 Are they different from you? Yes! is the somewhat surprising answer. And look! This is from when Mackenzie Phillips and Valerie Bertinelli were really young and huge TV superstars. Next, it's Farrah talking about being famous and worshiped. One girl says she loves Farrah "because she looks like my Barbie doll!" Also: girl stars speak out about random things! And Kristy McNichol comes out against child abuse: 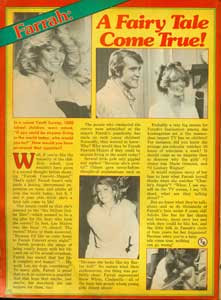 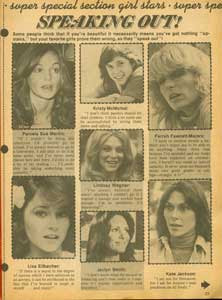 Girl stars health and beauty tips are next. I'll leave it up to you to decide how bullshitty is Mackenzie's claim that she does yoga: 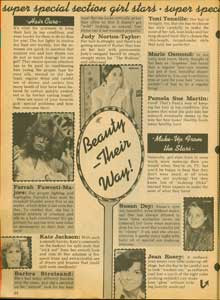 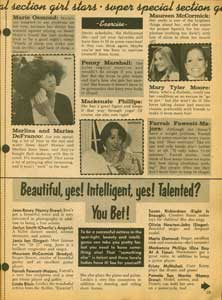 And wouldn't you know it, Laufer Publications has a book you can order about girl stars' beauty secrets: 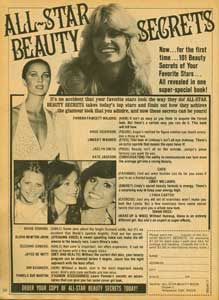 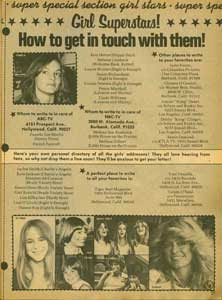 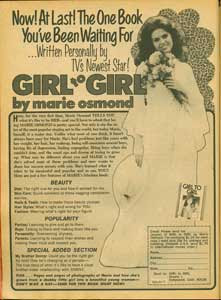 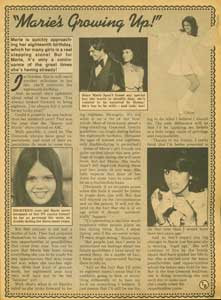 Stay tuned for part two (of four), in which we swoon for Donny Osmond, Robby Benson, and John Travolta!
Posted by Peteykins at Thursday, January 21, 2010

Wow, so many little-girl-objects in this post! From Pamela Sue to Lindsay Wagner... sigh....

I can't breathe. These pages will be savored by me as the days go by.

Donny Osmond? Dreamy. I met him once, I've never fully gotten over it.

Wow, that was really fun to read. I have an old stack of teen magazines, but they only go back to about 1984.

I love that 70's hair. It was kind of like having wings on the side of your head.

when i was 12 i went to a david cassidy concert when he was at the height of his Partridge Family fame. i went with my BFF Al Walden (who also turned out geigh). so there we were screaming at "i think i love you" and this girl who was probably only about 14 but seemed like some older sinister JD came over to us, looked us up and down and said menacingly "what are you two doing here? you two are boys." doh! we immediately froze and trembled in our plaid bell bottom slacks before darting outside where we waited for my stepfather to pick us up outside the auditorium. it was my first concert and may have been my last if it weren't for the advent of rufus and chaka khan. i haven't looked back since.

Looking at the girl superstars, it's a little surprising that they would use up 1/9 of a color page for Toni Tenielle at a time when Lynda Carter was still a Big Damn Deal. But then I looked at the "How to get in touch with them!" page and noticed CBS was not mentioned, and Wonder Woman had moved from ABC to CBS during the second season.

I wonder why CBS took an anti-remora stance.

Back in those days, I preferred the much more sinister Jimi Hendrix, Janis Joplin, the Doors and the Mothers of Invention.
I guess Tiger Beat couldn't publish an article called, "How Jimi Likes His Joints Rolled."

Matty, that is totally puzzling. One Day at a Time was CBS, and it's represented. I'm unable to explain Lynda's absence. Maybe she had more control over her own image and refused to participate?

I dated a man whose ex-wife had been a big soap opera star many years ago. I found on his bookshelf a 1972 Soap Opera Digest
with him and her on the cover "Love of Life's Diane Lamont Finds the Man of Her Dreams!" Inside: lots of corny pictures, puffed-up courtship stories and the big rock on her hand strategically displayed in each photo.