OK, I Think the Sad Republicans are Trying to be Funny on Purpose Now 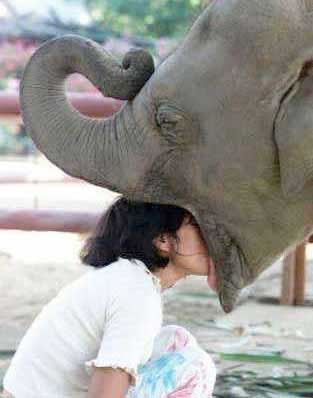 image via Zooillogix
Seriously! OK, so I already said that Free Republic was too easy a target, but when you hear that they now want to boycott Fox News for saying that Sarah Palin... um... doesn't know what Africa is, it's simply too, too funny to resist. What are they going to do, stick to Hee Haw DVDs?

And the nuttiness continues as the wackiest GOPsters circle their wagons ever tighter around Alaska's saddest joke. Here's Glen Beck, for instance, saying that lots of people voted for McCain actually hoping he'd die quick so there would be President Sarah.

And I'm assuming you've already heard about Red State's "operation leper" to punish Palin heresy by now. This, too, cannot possibly be real.

I mean... this is just some brilliant satirical lampoonist hacking these obvious jokes into Republican sites around the web, right? Because the satire goddess is never this generous. But then again, she did deliver Sarah Palin to us in the first place!
Posted by Peteykins at Thursday, November 06, 2008

This year's winner for Best Supporting Asshole in a Pundit-Driven Controversy is.... Glenn Beck! (O'Reilly always wins for best leading man). Also, Beck needs to shut up about Alcoholics Anonymous in public.

Re Operation Leper: I SO want to see where that goes! Red State, feel free to eat your own! If you can take out a few of the smarter partisans from the McCain campaign, and your own credibility in the process, I'm all for it!

This definitely gives me something to brighten my days after the whole Prop 8 thing.

Which one is trumps in Republican land?

Some people are already trying to dream up scenarios where Sarah replaces Ted Stevens in the senate. It's wishful thinking, but it could be funner than a barrel full of Michele Bachmanns and Jean Schmidts.

Uhmm...does this mean that PSP is going to make the Operation Leper list because of all the meany commenters?

Well, no, because Operation Leper exists to punish anti-Palin Republicans.

On second thought, I don't.

I followed the Prayer Warriors link from Pony Pal Sister Nancy Beth Eczema to Shelley the Republican, where I have spent the last three weeks trying to figure out whether Shelley was a vast right wing joke, a white supremacist, or just the ugliest girl in the sophomore class reaching out for attention.

But she would not be a leper in the Red State colony.