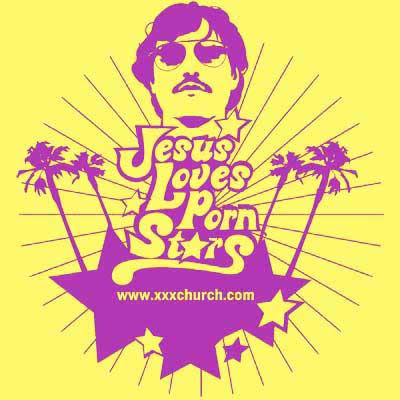 I've been kinda laying off the One News Now scene lately, so I guess it's possible to get Christian Fatigue. But! I love this story about the power of prayer helping to drive a naughty business out of a podunk Georgia town. The best thing about it is that it pretty much turns out that the power of prayer isn't really all that impressive unless accompanied by a cash offer:

An adult entertainment facility in Lavonia, Georgia, has shut its doors, and opponents believe it was due to the power of prayer.

Café Risqué opened six years ago, and the city lost several lawsuits to try to close it or force it to move from its location along the nearby interstate highway. The business was deemed an embarrassment to the city, but residents turned to prayer in order to shut the place down.

Larry Finger is senior pastor at First Baptist Church. "We prayed and hoped and trusted that the Lord would help us, and then eventually a situation came up where the property owner was prepared to sell, and using a third party, the city had someone buy the property," he details. "Then the city bought the property from them and closed the establishment."

"Larry Finger"? Are you kidding me? And who's the Deacon, "Buck Naked"?

Yeah... but I heard a McDonald's was going to open up at that now vacant location.

Prayer worked for them eventually, once they switched to praying to Jesus of Eminent Domain.
Larry Finger? Didn't he used to date Sharon Needles?

Prayer didn't help that property. No, it was the upside down St. Joseph statute they buried in the bushes.

statue. dumb fingers. not larry though.

oooh, I'll have the latté at the Café Risqué, s'il vous plait. Okay?

If only Sister Nancy Beth were here to lead us in a hymn of praise.

Pastor Finger. Can't make that up.

You never know how the Lord will choose to answer prayer. Who says the city couldn't have been doing God's work? He moves in mysterious ways.

My cousin, Ethylene Glycol, and I prayed very hard for the city to remove that den of diesel-powered iniquity and banish those awful truck drivers from our community.