So I was reading about John Murtha, the hawkish Democrat who just came out of the closet as one of those pesky, America-hatin' war dissers: 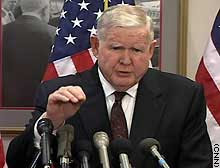 But my attention kept wandering, because I kept thinking that his name was almost --almost, but not quite-- an anagram for Mothra, Godzilla's fluttery nemesis: 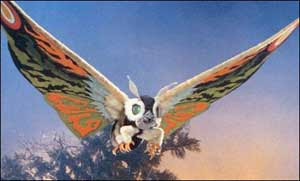 I always liked Mothra a lot. Not so much for Mothra itself, but for his fantastic, ultra-stylish little friends, the magically tiny Twin Alilenas: 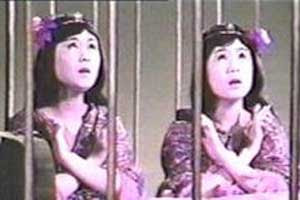 And everybody loves twins, right? Let's face it: they were placed on this earth to confound and amuse us. Especially talented twins like the Hilton Sisters: 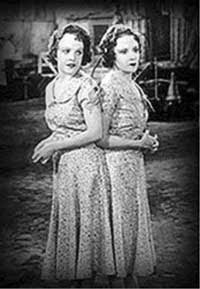 I loved Violet and Daisy in Tod Browning's Freaks, of course, but I'd really love to see Chained for Life, their later, more exploitive feature. The Hilton Sisters' lives would have been better, probably, and certainly more stylish, had they been part of a different branch of the Hilton family: 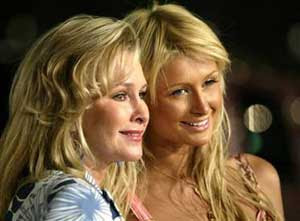 And, you know, that Kathy Hilton is really a piece of work. Did any of you watch her failed reality show? Whoah, she's a bitch! She seems way worse than Martha Stewart: 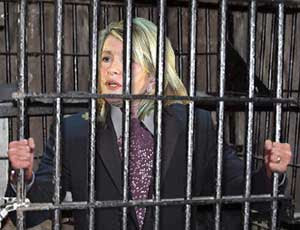 Martha Stewart who, of course, just had her own failed reality show to suffer through. Can you imagine what it's like to realize that people think Donald Trump has a better personality than you? Then I got mad at myself for thinking about such banal celebrities, and I thought, dang, they don't make Marthas like they used to: 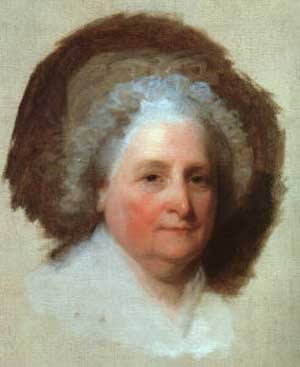 And then it came to me! Martha is almost --almost, but not quite-- an anagram for Murtha, the hawkish Democrat who just came out of the closet as one of those pesky, America-hatin' war dissers:

Email ThisBlogThis!Share to TwitterShare to FacebookShare to Pinterest
Labels: metablogging

Been a busy pony today!

Do you skew your own letters?
They're very nice

Loved the free association stream of consciousness photo gallery. Plus, just about anything referencing the fantastic, ultra-stylish Twin Alilenas is by definition a work of genius.

Genius. I wish I was as smart as you. Seriously.

In answer to your question, YES, I watched the Kathy Hilton show. But I was bitterly, bitterly disappointed with the result. I wanted Jackay to win- she had moxie. I confess I also watch Martha- might as well since this'll be the only season. I think it's between Bethanny Marcella and Donna. Heard Condi speaking from the Middle East on the radio, funny it was.

I know I'm late, but didn't anyone ever mention Mothra Stewart to you? That's a massive NYC advertising community inside joke.

How bout the Big Guy Himself, Mithras !!!